Q 1): What should a home buyer do when they have a complaint regarding the defects, shrinkage and other defective materials of the properties being completed?

Since 5% of the purchase price is being retained as Stakeholder’s fund, we urge complainants to give written notice to the stakeholder lawyer to withhold release of the said sum until and unless the complainant is satisfied with the remedial and repair works by the Developer.

Q 2): The developer promises that the project would be completed by a stipulated time. However, the time had passed and I still had not obtained the delivery of vacant possession. What can i do?

Cr Chang: There is a clause in the standard Sale & Purchase Agreement (SPA) that stated inter-alia:
“For the avoidance of doubts, any cause of action to claim for liquidated damages by the Purchaser shall accrue on the date the Purchaser takes vacant possession of the property”.

It literally means that the Purchaser cannot sue the developer until and unless they have delivered vacant possession of the subject property. The indebtedness and quantum could not be computed conclusively.

In such a situation, the affected Purchasers should galvanish together to form a group with the purpose of lodging an official complaint to the governing authority ie Ministry of Urban Wellbeing & Local Government (www.kpkt.gov.my). With the official complaint, the Ministry will summon the licensed housing developer with the view to seek an explanation/ progress of the delayed project and to seek ways to remedy the situation. The Purchasers group must continue to persevere and keep themselves updated of the development by attending periodical meeting initiated.

Q 3) Is LAD calculated up to date of CFO or CCC?

In the past when houses were certified fit for occupation by way of the CFO, developers were not required to procure the CFO before handing over the houses to their buyers. Developers would deliver vacant possession before the CFO was issued and would not be liable for damages or any delays in the issuance of the CFO. House-buyers would collect their house keys but would not be allowed to move into their newly-completed houses simply because the CFO had not been issued yet.

In 2007, the statutory SPA was amended. Developers were now required to procure the CCC to deliver vacant possession so that house-buyers could move in as soon as they collected their keys. This mode was more meaningful to buyers. The CCC system to certify a house or apartment safe for occupation was intended to replace the CFO system. Unfortunately, there were many cases where building approvals were given before the 2007 amendment with the SPA being signed after the amendment. In such cases, some local authorities insist that developers must procure the CFO, and not the CCC, even though the SPA says otherwise.

So, we have a situation where the SPA says that the developers must produce the CCC, but developers are not able to do so because the local authorities insist on the developers applying for the CFO. This was what had happened in the case being heard by the Housing Tribunal.

The developers argued that damages should be calculated up to the date of their notice for delivery of vacant possession and not the date of the CFO. Clause 26(2) of the SPA was not applicable because the local authorities insisted on the developers getting the CFO instead of the CCC.

This means that the developers would have to bear damages amounting to more than 10% of the purchase price if damages were calculated up to the date of the CFO. This explains why developers are fighting tooth and nail to save themselves a lot of money; money which should rightfully be paid to the house-buyers.

The SPA, in this case, was in the form of Schedule H (for strata properties such as apartments) and Clause 26(2) says that “the delivery of vacant possession by the vendor shall be supported by a CCC certifying that the said building is safe and fit for occupation and includes the handing over of the keys of the parcel to the purchaser”.

To my mind, the provisions of clause 26(2) can best be understood and dealt with by tracing the purpose for which such provisions were made, substantial amendments were made to the housing legislations in 2002 and 2007 to protect house-buyers. The certificate of compliance was introduced and the SPA was amended to make it mandatory for delivery of vacant possession to be supported by the CCC. Developers were required to ensure their houses and apartments were certified safe and fit for occupation before delivery of vacant possession, as in Clause 26(2).

The clause must be read to mean the CFO in cases where a CFO is issued instead of a CCC.

Here is the reasoning by the presiding Tribunal President:
“… the CCC system of certification is a system … much like the CFO. The 2007 amendment was to address the cumulative problem of house-buyers not being allowed to occupy their houses upon collection of their keys.

“How that certification is done is not the main purpose for this Clause 26(2). The crux of the issue is not about the system of certification (be it CFO or CCC), but about the house being certified as safe and fit for occupation.

“… the statutory SPA (after the 2007 amendment) refers only to the CCC. No mention is made of the CFO. To say that the CCC cannot be equated with the CFO will mean that in cases where the local authorities require a CFO (as opposed to a CCC), vacant possession can never be delivered in accordance with the provisions of the SPA because no CCC will ever be issued.”

This interpretation defeated the purpose of the 2007 amendments to the statutory SPA, and made a mockery of parliament and the housing legislations. The tribunal awarded damages of LADS up to the date of the CFO to the house-buyer.

Q 4) What is the function of the Housing Tribunal for Home Buyers’ Claims ?

Cr Chang: The Housing Tribunal assists parties in the conduct of their cases, especially when they are not represented by lawyers, and where one party is superior to the other. “Independent” legal representation is rarely allowed at the Housing Tribunal. The Housing Tribunal is an alternative legal platform for house buyers. It is an easy, cheap and speedy alternative forum for the ordinary people. Since it was to be a tribunal or “court” for the ordinary house buyers, numerous measures were taken to ensure that it was user-friendly and affordable, including a cap on filing fee at a nominal sum of just RM10.

Q 5): What is the difference between the magistrate and the Tribunal’s orders?

Cr Chang: The one given by the magistrate’s court is often referred to as a “Judgement” while the order from the Housing Tribunal is called an “Award”.

Q 6): Is the magistrate’s court judgment superior to the award from the Housing Tribunal?

Cr Chang: Definitely not, and this is because under the legislation (Section 16AC(1)(b) of the Housing Development (Control and Licensing) Act, 1966 (HDA)), the Housing Tribunal’s award is deemed to be an order (in this case) of a magistrate’s/sessions court and can be enforced like a magistrate’s/sessions court judgment once it is registered at the relevant court of law. (Note: If the award is for RM50,000 – maximum monetary jurisdiction of the tribunal – or less, then it is deemed a judgement of the magistrate’s court).
In other words, the Housing Tribunal award is equivalent to (in this case) a magistrate’s court’s judgment. In fact, one would not be wrong to say that an award made by the Housing Tribunal carries a lot more oomph because pursuant to section 16AD(1) of the HDA, whoever fails to comply with a Housing Tribunal award commits a criminal offence which is punishable with a fine not less than RM10,000 and exceeding RM50,000, or imprisonment not exceeding two years, or both. In the case of a continuing offence, in addition to the above, the offender will also be liable to an additional fine not exceeding RM1,000 for each day or part of a day during which the offence continues after conviction.

Q 7): How long does it take to get an award from the Housing Tribunal? What if the developer fails to obey?

Cr Chang: A house buyer is usually given a hearing date within a month of filing his/her claim. Pursuant to section 16Y(1) of the HDA, the Housing Tribunal is required to make its award without delay, and in any event within 60 days from the first hearing date, where practicable. Awards can even be given at the first hearing, if the papers are in order and duly served, and there are no legal complications or further investigations/inspection required. The National House Buyers Association has, indeed, over the years been told of many cases whereby house buyers are given awards at the first hearing. What happens then if the developer refuses to pay? Unfortunately, both the house buyer and his neighbour will have to go for enforcement of the judgement/ award to try and recover what is due from the developer.

Enforcement in both cases is done at the civil courts and includes proceedings such as attachment and seizure, judgement debtor summons and prohibitory orders. They can even resort to winding up the developer’s company. Whichever mode of enforcement they choose to proceed with, the lawyers treat it as separate from the work done in obtaining the judgement, and therefore, charge a separate fee for enforcement proceedings. In conclusion, both the house buyer and his neighbour would have reached exactly the same stage, each armed with a judgement which is enforceable at the civil courts but one having already paid thousands of ringgit in legal fees and the other, next to nothing.

Cr Chang Kim Loong AMN is the founder and holds the position of the Honorary Secretary-General of the National House Buyers Association – in short “HBA”: which is a voluntary, non-profit, non-political Organisation manned by volunteers-members of various professions. The Organisation operates purely on volunteer workers’ benevolence and continues to be until to-date. HBA has through his leadership become an authority on house buyers’ issues and HBA’s views are often sought after in the housing industry. Cr Chang is the “voice of the house buyers”. Cr Chang writes for several widely circulated magazines/ newspapers under the HBA flag and has a personal column titled: BUYERS BEWARE in the StarBiz pages published on Saturdays. His views and articles actually shape the housing arena and are heed by the Government. Last year, Cr Chang was conferred the Royal Institute of Surveyors, Malaysia (RISM) Excellence Award for Outstanding Writer on Property & Construction. He was recently bestowed the Champion of Home Buyers Award: Decade of Excellence, 2016 He is also a permanent member of the Special Task force for Revival of Abandoned Housing Projects then chaired by YBhg Tan Sri Mohd Sidek b Hj Hassan, and now chaired by YBhg Tan Sri Dr Ali Hamsa, Chief Secretary to the Government of Malaysia and an active member of the PEMUDAH Sub-Committee on Real Property He sits in several working committees on the amendments to the housing development and strata laws at the Ministry of Urban Wellbeing, Housing & Local Government and Ministry of Environment & Natural Resources. Cr Chang Kim Loong AMN has served the current Selangor State Government as Town Councillor for Majlis Perbandaraan Subang Jaya (MPSJ) on an NGO / professional quota for three (3) terms from 2008 / 2010 and 2012/ 2013 and the current term from 2016. As a lawmaker, he sits on several planning committees. 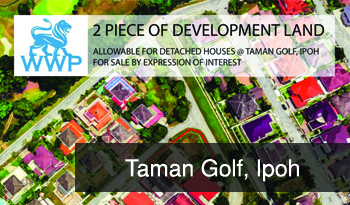 You are not allowed to distribute and copy any information on this website without prior permission. Worldwide Publications & Media does not warrant or assume any legal liability or responsibility for the quality, accuracy, completeness, legality, reliability or usefulness of any information, product or service represented within our magazine or web site.