EcoWorld Berhad’s net profit surged 461% to RM116.16mil in the first quarter ended Jan 31, 2017 compared with RM20.67mil in the same period last year, due to gain on dilution of its equity interest in Paragon Pinnacle.

The developer saw its revenue for the quarter jumped to RM592.71mil against RM463.51mil previously.

Eco World said the percentage increase in net profit was significantly higher than the percentage increase in revenue mainly due to the inclusion of a gain of RM94.8mil which arose from the application of FRS 10 – Consolidated Financial Statements to recognise the impact of the change in the group’s interest in Paragon Pinnacle from a 100% subsidiary to a 60% joint venture.

This took place following the subscription by the Employee Provident Fund (EPF) of 40% of Paragon Pinnacle’s enlarged share capital pursuant to the terms of the subscription and shareholders’ agreement between the parties.

Eco World said in the case of Paragon Pinnacle, the successful launch of Eco Grandeur, the development activities and other work performed since the acquisition of the land in Ijok have substantially enhanced the fair value of its underlying assets.

Accordingly, the value of the group’s retained 60% equity interest in Paragon Pinnacle has increased, resulting in the gain being recorded on the day the dilution took place.

“Excluding the gain on dilution of equity interest in Paragon Pinnacle, the profit after tax for the current financial period was RM21.4mil, which is 3.4% higher than the RM20.7mil reported in 1Q2016,” Eco World said in the notes accompanying its financial report.

It added that the significantly higher sales numbers represent the strong follow-through momentum from the group’s mega-launches in the final quarter of FY2016.

Eco World’s board believes the company was on track to achieve its sales target of RM4bil sales in Malaysia for FY 2017.

Maintain add with a lower target price (TP) of RM1.42: Eco World Development Group Bhd’s (EcoWorld) first quarter of financial year 2018 (1QFY18) core net profit (CNP) (excluding RM94.8 million gain on disposal of a 40% stake in Eco Grandeur in the first quarter of 2017) came in within expectations at 13% of our full-year forecast and 14% of the Bloomberg consensus number as we expect a stronger second half of FY18 (2HFY18). 1QFY18 CNP rose 21% year-on-year (y-o-y) despite a lower revenue (-5% y-o-y), mainly due to prudent cost control, whereby selling and marketing expenses (-24% y-o-y) and administrative costs (-23% y-o-y) came down significantly.

The lower selling and marketing expenses were due to an increase in the use of social media platforms to connect with its customers and more localised marketing activities led by the EcoWorld Residence Club, while the lower administrative expenses were due to the implementation of cost-saving initiatives at both the corporate and project levels. We expect these expenses to come in lower versus the FY17 level, in line with its cost-savings strategy.

EcoWorld recorded RM602 million of new property sales in the cumulative four months of FY18 (4MFY18) (versus RM955 million in 4MFY17), at 17% of its RM3.5 billion FY18 sales target. The first four months of the financial year fall within a seasonally slower period for property sales in the lead-up to Christmas until Chinese New Year (CNY). Despite the slower start, management is optimistic that sales will improve in the next few quarters of FY18 based on an encouraging pickup in sales interest following the success of its campaign and marketing events during CNY. 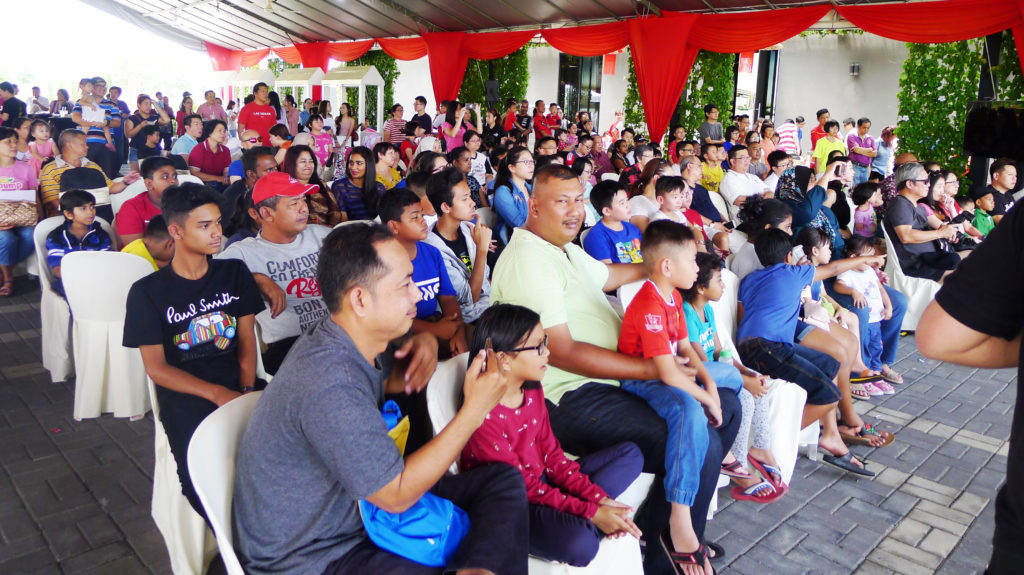 We fine-tune our FY18 to FY19 earnings forecasts by 1% to reflect the changes in Eco World International Bhd’s (EWI) earnings contribution due to higher interest costs. We still expect EcoWorld’s earnings to come in stronger y-o-y due to a higher revenue recognition as 10 projects will have transitioned from the investment into the growth phase of their project life cycles, plus joint-venture (JV) projects reaching a higher stage of completion, and its 27%-owned EWI turning profitable in FY18 forecast (F).

Our TP is cut to RM1.42 as we widen our revalued net asset valuation (RNAV) discount to 30% from 20% previously, after factoring in the rising interest rate environment. We upgrade the stock to “add”, although the overall property market remains flattish, given: the year-to-date (YTD) share price has fallen sharply by about 28%, as it is trading at only 0.7 times its FY17 book value, and FY18 to FY19 earnings outlook is expected to be stronger. We believe the current share price weakness represents a good opportunity for investors to accumulate the stock.

You are not allowed to distribute and copy any information on this website without prior permission. Worldwide Publications & Media does not warrant or assume any legal liability or responsibility for the quality, accuracy, completeness, legality, reliability or usefulness of any information, product or service represented within our magazine or web site.